Earlier, WHO Director-General Tan Desai said that the spread of COVID-19 is accelerating. It took 67 days from the first diagnosis of the novel coronavirus to the global number of 100,000 cases, and it took only 11 days to reach the second 100,000. The third 100,000 took only 4 days, and now, in just a few days, the global diagnosis has exceeded 1,000,000, a rapid growth rate has caught many countries off guard.

As the number of confirmed diagnoses in the world continues to rise, politicians in many countries have also been "struck" and diagnosed with the novel coronavirus infected, including the Chairman of the Italian Democratic Party, the French Minister of Culture, the First Vice President of Iran, the First Lady of Canada, the Head of Monaco, the Australian Interior Minister of the Ministry, Prince of Britain, Prime Minister of the United Kingdom, etc. At present, celebrities ,political figures, all walks of life are not spared.

Why is the rate of growth of diagnosed patients worldwide so fast?

Zhanqiu Yang, a professor at the Institute of Virology of the School of Basic Medical Sciences, Wuhan University, believes that the novel coronavirus is characterized by its rapid human-to-human transmission and an incubation period of two weeks, which has led to a large increase in cases worldwide.

Many countries have not adopted strict and comprehensive prevention and control measures. For example, in some European and American countries, "closed cities" are loosely managed, and people's activities are basically unrestricted.

The recent rapid increase in cases in Italy and the United States is mainly due to insufficient attention and inadequate isolation measures. For example, people are still not accustomed to wearing masks when they go out, and medical staff only wear masks for infectious physicians.

With the epidemic outbreak around the world, it has been shown that many patients with novel coronavirus are asymptomatic or have only mild symptoms, but they can pass the virus on to others.

On March 20, Nature, a leading international academic journal, published a report entitled " Covert coronavirus infections could be seeding new outbreaks", stating that 30% -60% of people with novel coronavirus infection are asymptomatic or have mild symptoms However, their ability to spread the virus is not low. These recessive infections may trigger a new round of outbreaks.


On the evening of March 26, Sarah, the head of the Department of Immunology and Infectious Diseases of the School of Public Health, Harvard University ’s ,No. 1 in the world, answered questions on cryptic infection from The Paper and other issues during a conference call held by the school. Sarah noted that an estimated 40% of the virus transmission is asymptomatic.

"A flexible public health system can track areas with asymptomatic infections based on experience, but this is very challenging," Sarah said. "This is essential."

Sarah pointed out that "most countries lack the 'heroic efforts' like China has made to track asymptomatic carriers." As she said, asymptomatic infections have been included in China's epidemic prevention. Beginning with “the third edition of the prevention and control program” released by The National Health Commission of the People’s Republic of China, on January 28, Each version of the program defines asymptomatic infections and strengthens management. Sarah believes that the virus will continue to spread in the United States and that the epidemic will spread worldwide. What can be done now is to find all symptomatic communicators and capture all symptomatic virus transmission routes. 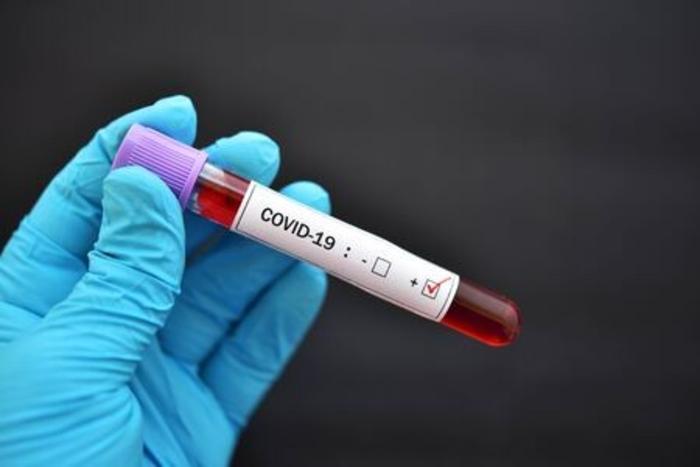 l  Serbia: On March 24, at the suggestion of the Chinese expert group, Serbia began to transform the capital Belgrade Convention and Exhibition Center into a square cabin hospital with about 3,000 beds.

l  United Kingdom: On March 24, the British government announced that a large convention and exhibition centre in London will be converted into a temporary hospital that can accommodate 4,000 COVID-19 infections.

l  Italy: In the afternoon of the 21st local time, with the first severe patient moving in, the first tent hospital in Italy was officially opened in Cremona.

l  United States: As the outbreak intensifies, New York State plans to build a square-cabin hospital at the Javits Convention Center in Manhattan's West End, which can provide approximately 1,000 beds.

l  Iran: On March 21st, local time, Iran transformed Iran Mall, the largest shopping mall in the country, into a square cabin hospital. There are now 250 isolated beds. In the future, its total beds are expected to reach 3,000.

Compared with the designated infectious disease hospital, the biggest advantage of the square cabin hospital is its large area and the large number of patients admitted. This isolation treatment is safer than home isolation. It can not only prevent infection between patients and their families, relatives and friends, but also allow patients to receive proper treatment and care. It is a very effective control measure.


It can be seen that the outbreak and spread of the epidemic is like a test strip, quickly proving the importance of solidarity and cooperation in the face of the risks and challenges front humankind. The crisis of the epidemic requires the people of the world to unite, respond together and overcome the difficulties together.