The transmission routes of new coronary pneumonia that can be identified are mainly direct transmission, aerosol transmission and contact transmission. Aerosol is an unfamiliar word to the general public, and many people are confused about it.

Today, I compiled the answers to several related questions to help everyone wonder.

Aerosols are small liquid or solid particles suspended in the air. The well-known PM2.5 particles are actually a type of aerosol particles.

All of us are exhaling aerosols all the time, from breathing to talking, singing, sneezing, and coughing. The droplets produced by these behaviors, among which large-sized particles easily settle to the surface, small-sized nuclei composed of proteins and pathogens that lose water during air suspension, form droplet nuclei, which can pass through the form of aerosol Floating to a distance, causing long-distance spread.

2. What is the difference between "aerosol" and "droplet"?

The main difference between the two is particle size. The droplets that we usually spray or sneeze are millimeters in size; aerosols are even smaller, usually below 100 microns (0.1 mm). This kind of particles cannot fall in the air, because its gravity effect is very small, it is suspended in the air.

In addition, the two have different propagation distances. Because droplets generally have a diameter of 1 to 5 millimeters, they generally spread in a space of about 1 to 2 meters around the source of infection, which is a short-range transmission. The aerosol particle size is generally 0.1 mm and below, it is difficult to fall to the ground like droplets quickly, and the residence time in the atmosphere will be longer, so it will spread farther, increasing the risk of non-contact transmission. 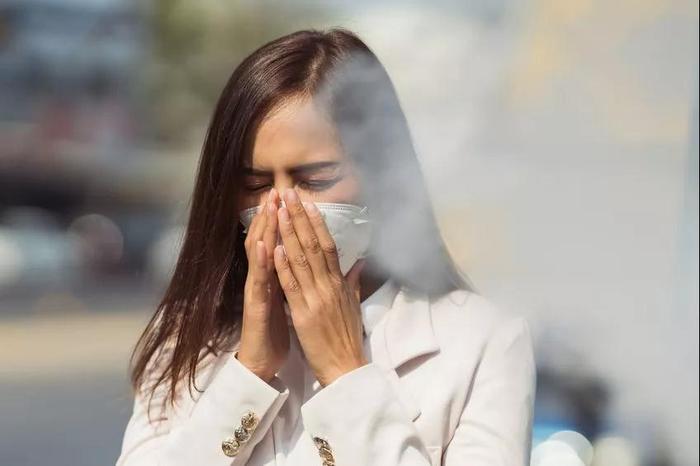 Because aerosols will suspend in the air for a long time, the most worrying thing is that you accidentally inhaled the virus. In this regard, everyone may be a bit overly concerned.

Virus aerosols spread mainly in enclosed and semi-enclosed spaces. The most likely person to be infected is: in a closed environment, a large number of viruses are released. In an open, open space, even if a person expels a lot of virus in one breath, it is easily diluted in the air, and the virus concentration will be reduced to a safe limit.

Therefore, it is critical to prevent aerosols from spreading: do not gather in confined spaces and ventilate them frequently. In addition, it is a safer isolation distance to be about 1.5 meters to 2 meters from others.

COVID-19 is still a disease transmitted mainly by droplets and contact. Aerosol transmission may occur in only extreme conditions, such as when performing professional medical procedures like clinical tracheal intubation.

Moreover, aerosol particles are usually larger than 10 microns and larger than 50 microns, which can be blocked by ordinary medical masks. Therefore, in routine clinical care and general working and living conditions, taking protective measures against droplet transmission when wearing a mask properly is sufficient to protect the general public from being infected.

As for the particularly small aerosol particles (radius less than 0.1 micron), they are lightweight and mainly distributed at high altitudes (from the soil near the ground). They will drift away with the wind and are unlikely to be breathed by people.

5. How should individuals protect against aerosol transmission?

(1) When you go to an unfamiliar place outside, you must wear a mask correctly during contact with outsiders;

(2) Try not to go to crowded places, especially closed and semi-closed places with poor ventilation;

(3) Open the window and ventilate it every day. It can be opened several times a day, and the total time can be kept at 2-3 hours. (But if the local population is densely populated and there are known infected patients around, frequent ventilation is not recommended).

(4) Do daily household disinfection: wipe and disinfect key parts such as door handles, tables, chairs, and toilet cushions with 75% ethanol or chlorine-containing disinfectant;

(5) Wash your hands with running water, soap or hand sanitizer before and after meals. Cover your mouth and nose with a paper towel or elbow flexion when coughing or sneezing. Dispose of the paper towel timely and wash your hands in time.

(6) In addition, experts reminded that the virus had been found in the fecal samples of some patients. In order to reduce the aerosol generated during flushing of the toilet, it is recommended that the toilet cover be covered when flushing the toilet. After flushing, the toilet can be disinfected with alcohol.